Business people from across York, North and East Yorkshire joined the FASTSIGNS® York team in mid-November to mark the official opening of their new Design Centre – and raised more than £500 for BBC Children in Need in the process!

With the official opening taking place at the heart of the BBC Children in Need 2019 Appeal Week, FASTSIGNS® York owners, Sarah Bradshaw and Ian Ellis felt it highly appropriate to include an element of fundraising for Pudsey in their proceedings. 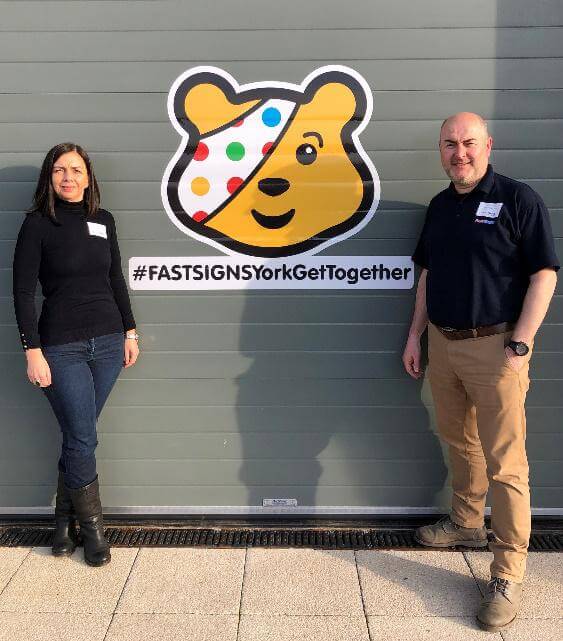 Ian Ellis, Director of FASTSIGNS® York, commenting on the fundraising aspect of their event, said: “Organisations such as Snappy in York, Ryedale Special Families based in Malton, the Hinge Centre in Bridlington and York Mind are all projects which will benefit from our fundraising efforts. Together we can help support and change lives.” 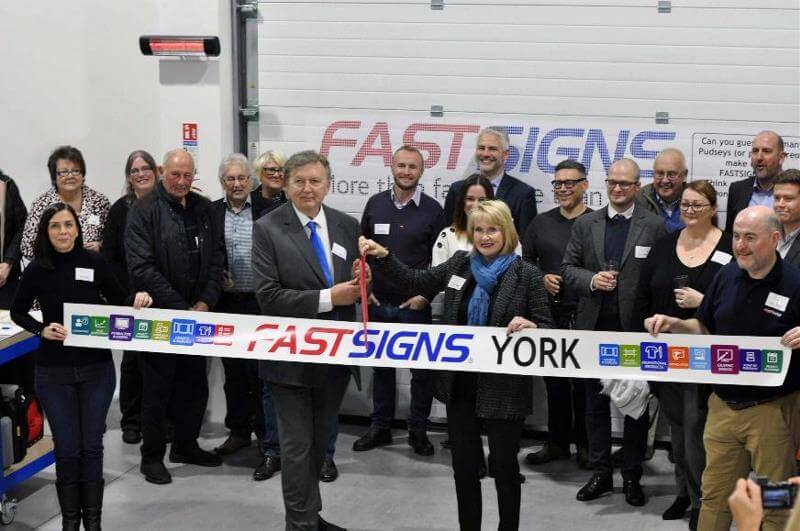 Sarah Bradshaw, Director of FASTSIGNS® York, concluded: “We were delighted that so many customers, suppliers and colleagues were able to attend our event – we are so grateful to them for giving up their time and money too to help raise funds for such an amazing cause.”

As well as fundraising activities on the day, FASTSIGNS® York also received a number of donations from colleagues across the FASTSIGNS UK network.

Do you need signs and graphics for your business? Or perhaps you have a project you’d like to discuss with our team? Get in touch today and we’ll listen to your ideas and provide an outline budget for you.