Find out how FASTSIGNS® Leeds were recognised internationally for their achievements at the FASTSIGNS annual conference back in January. 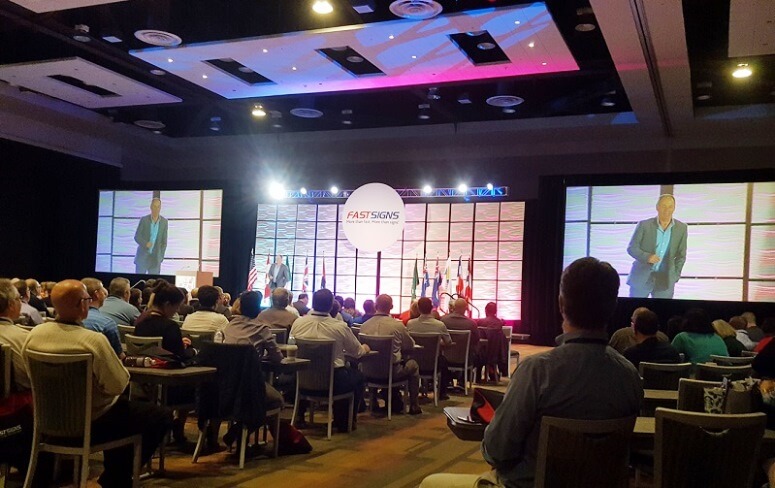 Back in January two of the FASTSIGNS® Leeds team headed to Phoenix, Arizona for the annual FASTSIGNS Convention.

Gathering over 622 FASTSIGNS owners and team members from locations across 7 countries, it was the largest gathering in FASTSIGNS’ history. 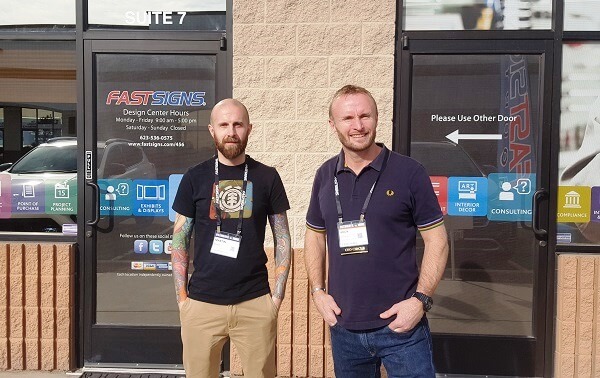 FASTSIGNS® Leeds Director, Andy Simpson, was also recognised for his membership on the Franchise Advisory Council (FAC) where he joined a board of franchisees from within the FASTSIGNS International network to help refine new initiatives set up by the company. 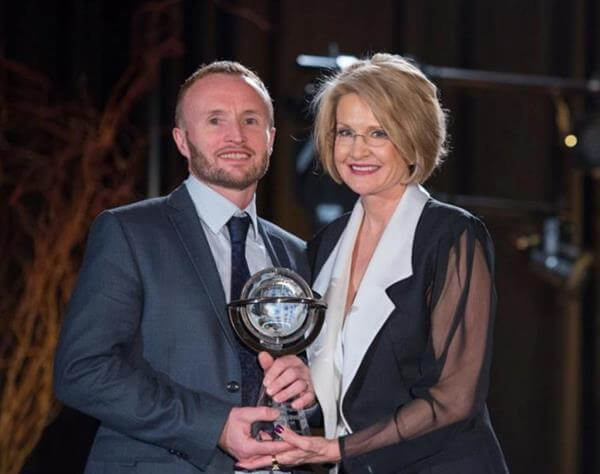 ‘We are honoured to be recognised for these awards as they reflect all of the hard work and dedication that the entire team has put into the centre, helping businesses in our local community to tell their story, raise awareness and achieve their business goals.’

‘We’ll push forward into 2017 and would like to thank our customers for their on-going support.’

Attending the event with Andy was Martin from the production team. Martin said:

‘It’s interesting to meet people from other franchises around the world to learn how each centre has their own way of organising workflow, trouble-shooting and hearing about their centre culture’

‘Attending the trade show and classes to learn about new technology and products is always a highlight as it gives us loads of new and exciting ideas to take back to our clients in Leeds.’ 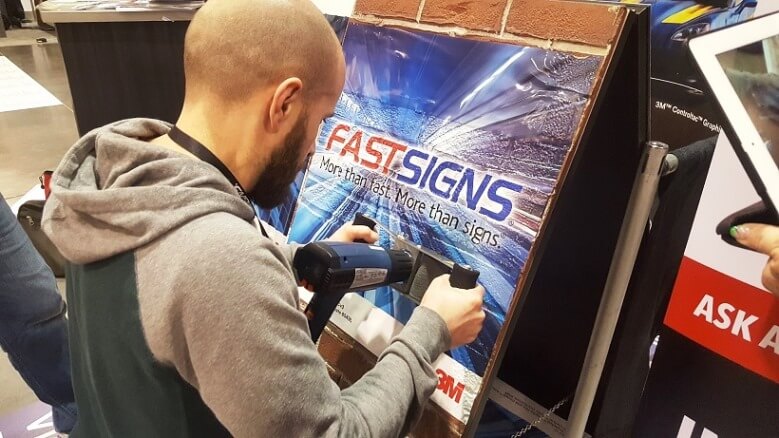 Want us on your next project? Tell us your idea – we’ll help you get started!