At the end of 2017 we were recognised with Pinnacle Club Award by FASTSIGNS International.

We were named among the top centres out of all the UK locations at the 2017 FASTSIGNS Convention, which was recently held in the US. Simon Slee, owner of FASTSIGNS® Hammersmith, attended the convention and received the Pinnacle Club Award from Catherine Monson, Global CEO of FASTSIGNS Int. This award is given to centres ranked top in their country for sales volume from the previous year.

Also present at the UK Convention was Catherine Monson. During her visit to the UK, she stopped by our branch to see our new location and facilities. She said: “I love hearing about success stories and Hammersmith’s is certainly one of them. Over the past decade, Simon and Friederike have grown their business into a highly profitable enterprise.

Simon added: “It was great to be able to share our success with Catherine. Our centre is independently owned but we’ve massively benefited from being part of the Fastsigns network.

“We were able to thank her in person for the support, tools and resources we receive for being part of that.” 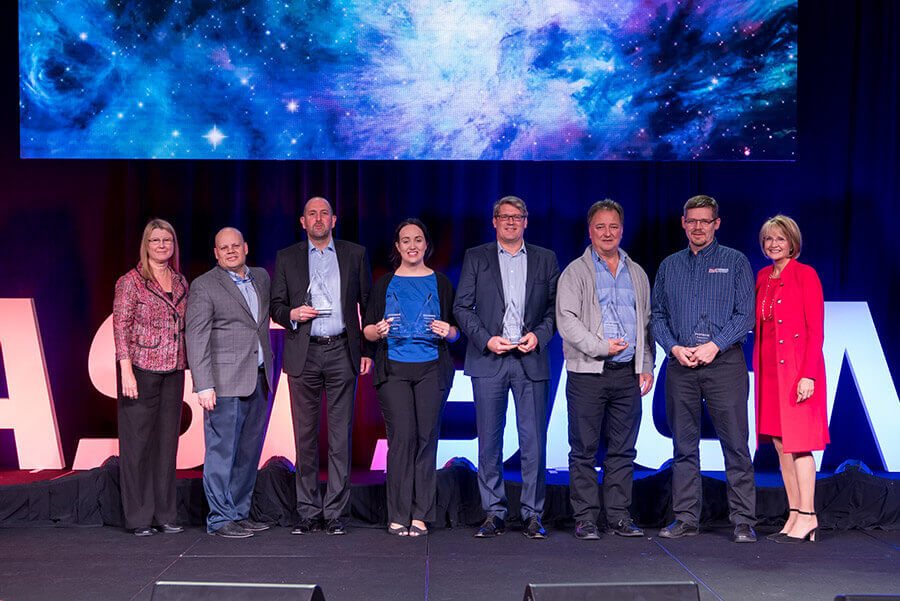 We ended last year on a high and ready for 2018! We hope to surpass the successes of the previous year so let us know if you have a challenge (project) for us to take on!